#AINews – Most Americans Think AI Will Destroy Other People’s Jobs, Not Theirs

By Innevation Center 3 years ago
Home  /  Blog  /  AI News  /  #AINews – Most Americans Think AI Will Destroy Other People’s Jobs, Not Theirs 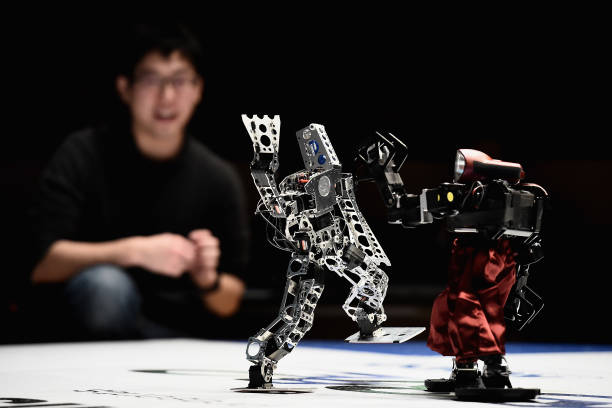 AI is a problem for jobs, say the majority of Americans, but it’s someone else’s problem.

Nearly three-quarters (73 percent) of US adults believe artificial intelligence will “eliminate more jobs than it creates,” according to a Gallup survey. But, the same survey found that less than a quarter (23 percent) of people were “worried” or “very worried” automation would affect them personally. Notably, these figures vary depending on education. For respondents with only a four-year college degree or less, 28 percent were worried about AI taking their job; for people with at least a bachelor degree, that figure was 15 percent.

These numbers tell a familiar story. They come from a Gallup survey of more than 3,000 individuals on automation and AI. New details were released this week, but they echo the findings of earlier reports.

One survey conducted by Quartz last year found that 90 percent of respondents thought that up to half of all jobs would be lost to automation in five years, but 91 percent said there was “no risk to my job.” Another study from the Pew Research Center in 2016 found the same: 65 percent of respondents said that 50 years from now automation would take over “much” of the work currently being done by humans, but 80 percent thought their own job would still exist in that time frame.

On the surface, these answers suggest complacency, ignorance, or short-sightedness, but they also reflect a deep divide among experts on what exactly the effects of new technology will have on the workplace. Studies trying to estimate job losses caused by advances in robotics and AI vary wildly. Some claim that up to 1 billion jobs will be destroyed overall as soon as 2022, while others predict that by 2030, up to 800 million jobs will be lost globally, but more than that number will be gained. As you might expect, the methodology in these studies also varies. What counts as “AI” and when is a job “destroyed” are up for debate.

Historically, though, it’s the cheerier scenario that’s been true: technology usually leads to a net gain in jobs, destroying some professions but creating new ones in the process. What’s different this time around, argue some economists and AI experts, is that machines are qualitatively smarter than they were in the past, and historical examples don’t offer a useful comparison. This stance is sometimes presented as a doomsday scenario in which AI and automation lead to mass unemployment.

Given these contradictory predictions, it’s no wonder that most Americans think automation is someone else’s problem. After all, enough people are saying it is a problem, but not many individuals will look at their own job and think, “Yes, a computer could probably do all this.” This isn’t ignorance, either. Even in high-risk industries like truck driving, there’s only so much automation can do. A computer can drive on a highway, yes, but it can’t repair a truck, unload its inventory, argue with unhelpful warehouse managers, or even refill the gas tank. Not yet anyway.

The newly released findings from Gallup’s survey also show that by one measure, the use of AI is already widespread in the US. Nearly nine out of 10 Americans (85 percent) use at least one of six devices or services that use features of artificial intelligence, says Gallup. Eighty-four percent of people use navigation apps like Waze, and 72 percent use streaming services like Netflix. Forty-seven percent use digital assistants on their smartphones, and 22 percent use them on devices like Amazon’s Echo.

This definition of AI-enhanced products may strike some as overly broad, but it contains an important lesson that’s relevant to our predictions about job losses. It shows that AI is not a singular entity. It is a process, something that’s integrated into products and jobs bit by bit. You might not think that Netflix’s predictions of what you want to watch next count as artificial intelligence (or that they’re even intelligent at all), but they’ve helped the service steal viewers from traditional TV and cable companies by shaping the creation of shows like House of Cards. Measuring this sort of impact in economic surveys is understandably hard.

What Gallup’s survey helps illustrate is that AI is not some mystic event that will change the world overnight at some point in the future. It’s something that is already happening, in ways both big and small. As Frank Newport, editor-in-chief of Gallup, told The New York Times: “Whether they know it or not, AI has moved into a big percent of Americans’ lives in one way or another already.”