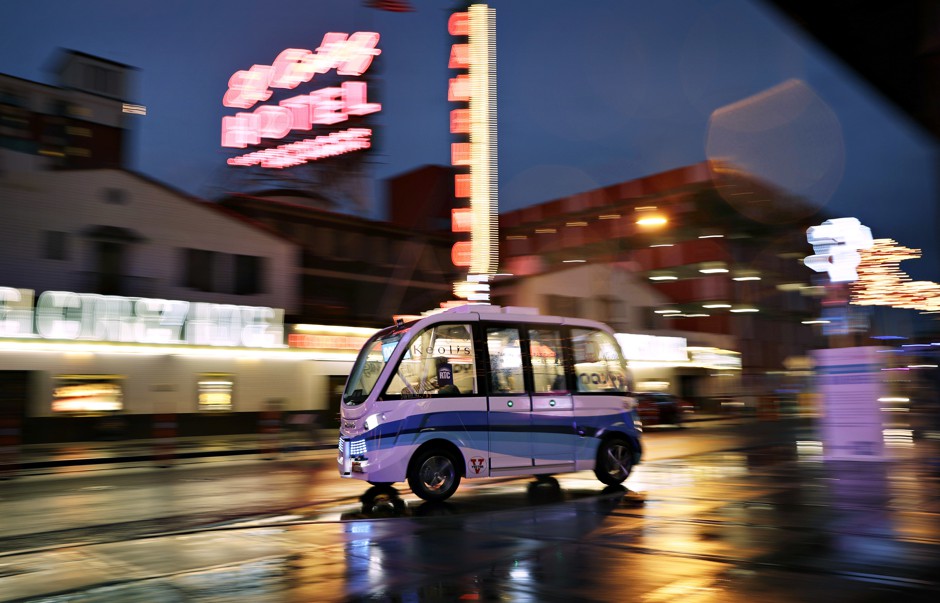 Many American cities are rushing to jam digital doo-dads into streetlights, sidewalks, and citizen smartphones, with the utopian-sounding promises of healthier, happier, more affordable neighborhoods. What’s different in Las Vegas is that, here, testing these technologies is seen as an end in itself.

There isn’t an overarching “smart cities” master plan rationalizing these gadgets out yet. Las Vegas is launching as many pilot programs as it can, in order to a) get its hands dirty and b) try to raise its brand as a place that understands digital devices beyond slot machines. Letting companies launch pilot programs gives the city a chance to see how products operate, without risking too much.

Las Vegas’s do-first, think-later charge down the path of urban innovation has made it the envy of its peers. In January, at a smart cities symposium hosted by Harvard University in downtown Vegas, tech administrators from other mid-sized municipalities marveled at the city’s seemingly limitless “smart” horizon.