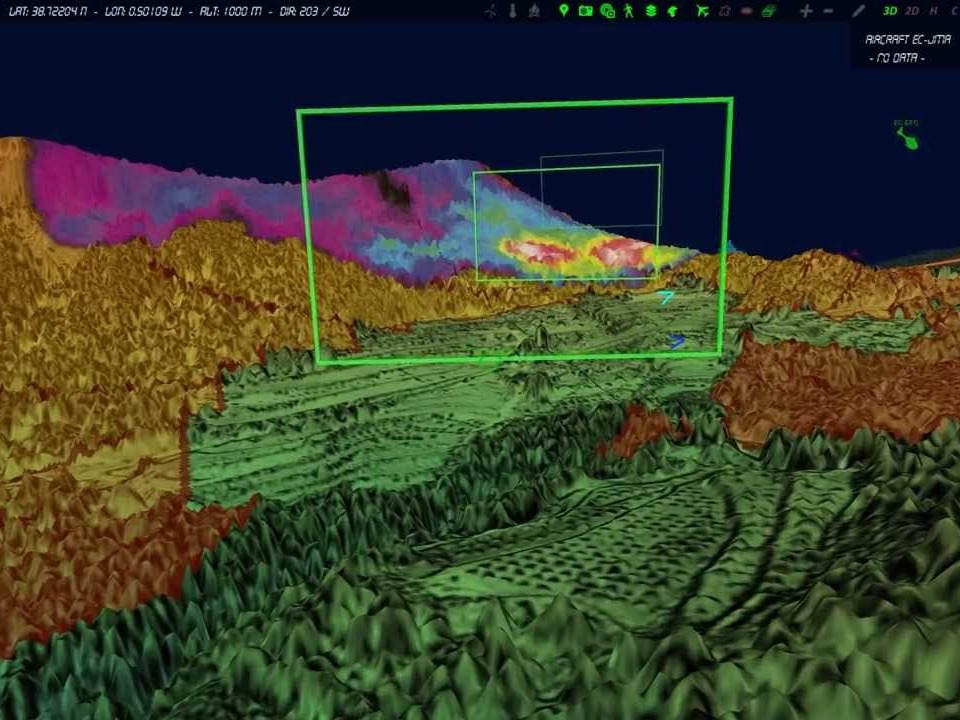 Firefighters battling wildfires face more danger than just getting burned. They’re in the field for hours, sometimes days, while being exposed to high heat, humidity, and smoke inhalation. Prometeo, a Spanish startup, aims to better protect the health of those first responders with individual wearable devices. Each straps to your arm and is about the size of a smartphone.

These monitor both real-time risks—say, that air quality levels are getting dangerous—and the cumulative effect of exposure over time. That data transmits into a learning platform that uses IBM’s Watson AI to help field commanders interpret whether a firefighter is safe or not and give them a clear signal (green, yellow, or red) about the health status of their teams.

Prometeo just won IBM’s second annual Call for Code competition, which rewards technological solutions that improve responses to natural disasters. The group behind the startup, which includes a firefighter, a nurse, and a trio of coders, will receive $200,000 and additional guidance and support from IBM to help it scale quickly as an open-source project available for worldwide adoption.

The victory marks a turning point for IBM’s competition. Call for Code is part of a $30 million five-year effort that works with the United Nations Human Rights Council to help startups identify and tackle pressing social issues. The winner receives additional support from IBM’s separate Code and Response initiative, which is funneling $25 million into ways to scale these efforts quickly, including through better access to IBM experts and the members of its in-house volunteering program.

During its inaugural year in 2018, IBM helped match some teams of programmers with disaster experts to help them learn about what problems are most pressing and what solutions might be a leap forward. “What’s different this year in Call for Code 2019 is that these developers, instead of just being a bunch of technologists going after a problem, [they are] actually a lot of cross-functional teams,” says Daniel Krook, who works at IBM as the chief technology officer of the initiative. “So you have teams that have embedded people that are experts in natural disasters, who are able to be there right as the application is being built, and [judge] whether it’s important, how it can change, what it should do, and how it exists in the context of existing solutions.”

Prometeo, which is Spanish for Prometheus (a nod to the Greek god that first gave mankind fire), started roughly a dozen years ago, when firefighter and cofounder Juan Herrera, a member of a firefighting squad called Bombers GRAF in Cerdanyola del Valles, Spain, initiated a program to manually track the health impact of team members as they deployed. Those measurements were limited because they were self-reported and cataloged by hand, making it difficult to spot patterns the might signal problems.

The addition of IBM’s processing power speeds the learning curve. “As an incident commander I will feel a lot better knowing what I am really asking my people [to do],” says Marc Castillo, a special operations division group leader who works with the Bombers, in a video about the project. “It’s not only the physical effort to put the fire out [but] exposure for many hours to those conditions. What that will mean for your health in the future.”

Projects in the contest were judged on their ability to solve a problem efficiently and effectively with a concept that was creative but also clearly defined and quickly deployable. Krook says the best are also “intuitive . . . adding value versus maybe adding technology to a problem that doesn’t need it.” Prometeo is especially timely. July 2019 was the hottest month ever recorded in world history, and globally wildfires continue to spark and burn at unprecedented frequency and intensity. Europe has recorded more than 2,000 fire outbreaks this year, about three times the average annual rate in recent years.

More than 180,000 participants from 165 countries competed in this year’s contest. In September, IBM announced that it had narrowed the field to five finalists—who will also receive some prize money and the chance to continue building their projects with support from the Linux Foundation, which is helping to develop an open-source community around them. “The goal is to take the seed of the idea these teams create and give them the tools and support they need—the testing, the deployment, the fortification—to make it a reality,” Krook says.

There isn’t an exact timeline for Prometeo’s widespread deployment, but the idea is to get it to market as soon as possible. The 2018 Call for Code winner, Project Owl, has refined its design and is field-testing it in Puerto Rico. Project Owl created a deployable network of rubberized “ducklinks,” or mini-Wi-Fi relays, that would be airdropped to create an emergency mobile network in places where communications go down. (They’re modeled after the ultra-durable rubber ducky.)

With IBM helping on the back end, Krook hopes more people will offer their own ambitious ideas. “People that weren’t necessarily technical or considered themselves a developer are really recognizing that this technology can be used and put to work and it doesn’t take a computer science degree to do it,” he says.

HOUR OF CODE IS BACK – VOLUNTEERS NEEDED!

Don’t Miss The Meetups For The Rest Of The Year!