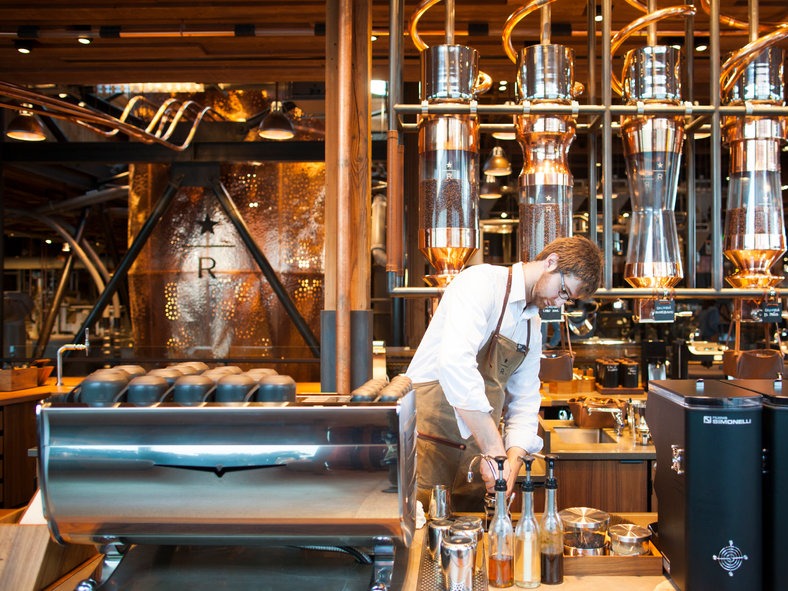 “Deep Brew is a key differentiator for the future,” Johnson said on the call. Johnson, a former Microsoft and Juniper Networks leader who took over as CEO in 2017, wrote about Deep Brew in a LinkedIn post last week. The company is working with Microsoft to power the underlying infrastructure for Deep Brew.

Why it matters: Over the past several years Starbucks has evolved into a tech company that sells coffee, similar to other retail giants going through digital transformation and investing heavily in the cloud. Nike, which just acquired a Seattle tech startup and hired former eBay exec John Donahoe as its new leader, is another example of this trend. Fellow food and beverage giant McDonald’s is using AI and machine learning to make the drive-thru more efficient.

Digital investments are perhaps even more crucial for Starbucks in China, where digital orders represented 10 percent of the company’s business this past quarter, with 7 percent from delivery and 3 percent from Mobile Order & Pay, its app-based order-ahead feature. “I think the Chinese consumer is much more advanced in these digital scenarios than in the U.S.,” Johnson noted on the call.

What’s next: Expect more investment in technology from Starbucks, which this year announced a partnership with Microsoft; inked a deal with Brightloom; and put $100 million in Valor’s tech-focused Siren Ventures Fund. The company is also expanding its delivery service across the U.S. with Uber Eats and innovating on store design concepts — next week it will open the first U.S.-based Starbucks Pickup store in New York City, which uses Mobile Order & Pay as the primary ordering and payment method. It debuted a similar store in China this past July. Much of the company’s innovation R&D is happening at the Tryer Center, a new space at its HQ in Seattle that opened earlier this year.

#AIoTuesday: The U.S. Army is Bringing AI to Its Armored Vehicles