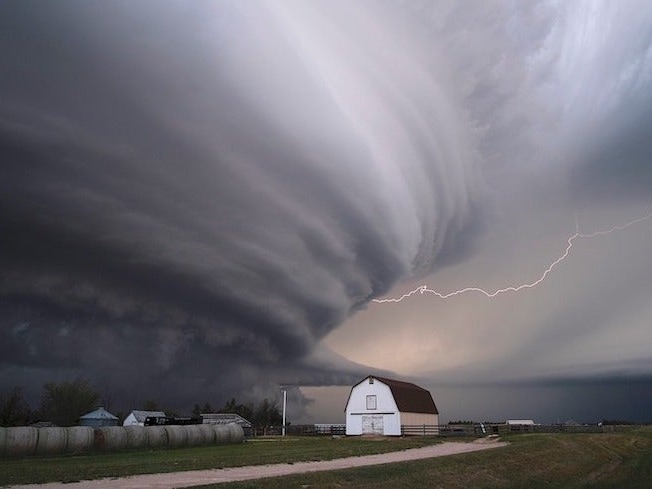 When forecasting weather, meteorologists use a number of models and data sources to track shapes and movements of clouds that could indicate severe storms. However, with increasingly expanding weather data sets and looming deadlines, it is nearly impossible for them to monitor all storm formations — especially smaller-scale ones — in real time.

Now, there is a computer model that can help forecasters recognize potential severe storms more quickly and accurately, thanks to a team of researchers at Penn State, AccuWeather, Inc., and the University of Almería in Spain. They have developed a framework based on machine learning linear classifiers — a kind of artificial intelligence — that detects rotational movements in clouds from satellite images that might have otherwise gone unnoticed. This AI solution ran on the Bridges supercomputer at the Pittsburgh Supercomputing Center.

In their study, the researchers analyzed more than 50,000 historical U.S. weather satellite images. In them, experts identified and labeled the shape and motion of “comma-shaped” clouds. These cloud patterns are strongly associated with cyclone formations, which can lead to severe weather events including hail, thunderstorms, high winds and blizzards.

Then, using computer vision and machine learning techniques, the researchers taught computers to automatically recognize and detect comma-shaped clouds in satellite images. The computers can then assist experts by pointing out in real time where, in an ocean of data, could they focus their attention in order to detect the onset of severe weather.

“Because the comma-shaped cloud is a visual indicator of severe weather events, our scheme can help meteorologists forecast such events,” said Rachel Zheng, a doctoral student in the College of Information Sciences and Technology at Penn State and the main researcher on the project.

The researchers found that their method can effectively detect comma-shaped clouds with 99 percent accuracy, at an average of 40 seconds per prediction. It was also able to predict 64 percent of severe weather events, outperforming other existing severe-weather detection methods.

“We recognized when our collaboration began that a significant challenge facing meteorologists and climatologists was in making sense of the vast and continually increasing amount of data generated by Earth observation satellites, radars and sensor networks,” said Wang. “It is essential to have computerized systems analyze and learn from the data so we can provide timely and proper interpretation of the data in time-sensitive applications such as severe-weather forecasting.”

He added, “This research is an early attempt to show feasibility of artificial intelligence-based interpretation of weather-related visual information to the research community. More research to integrate this approach with existing numerical weather-prediction models and other simulation models will likely make the weather forecast more accurate and useful to people.”

#AIoTuesday: A New Camera Can Photograph You From 28 Miles Away