Assembling Ikea Furniture Should Be A New Benchmark For Robot Dexterity 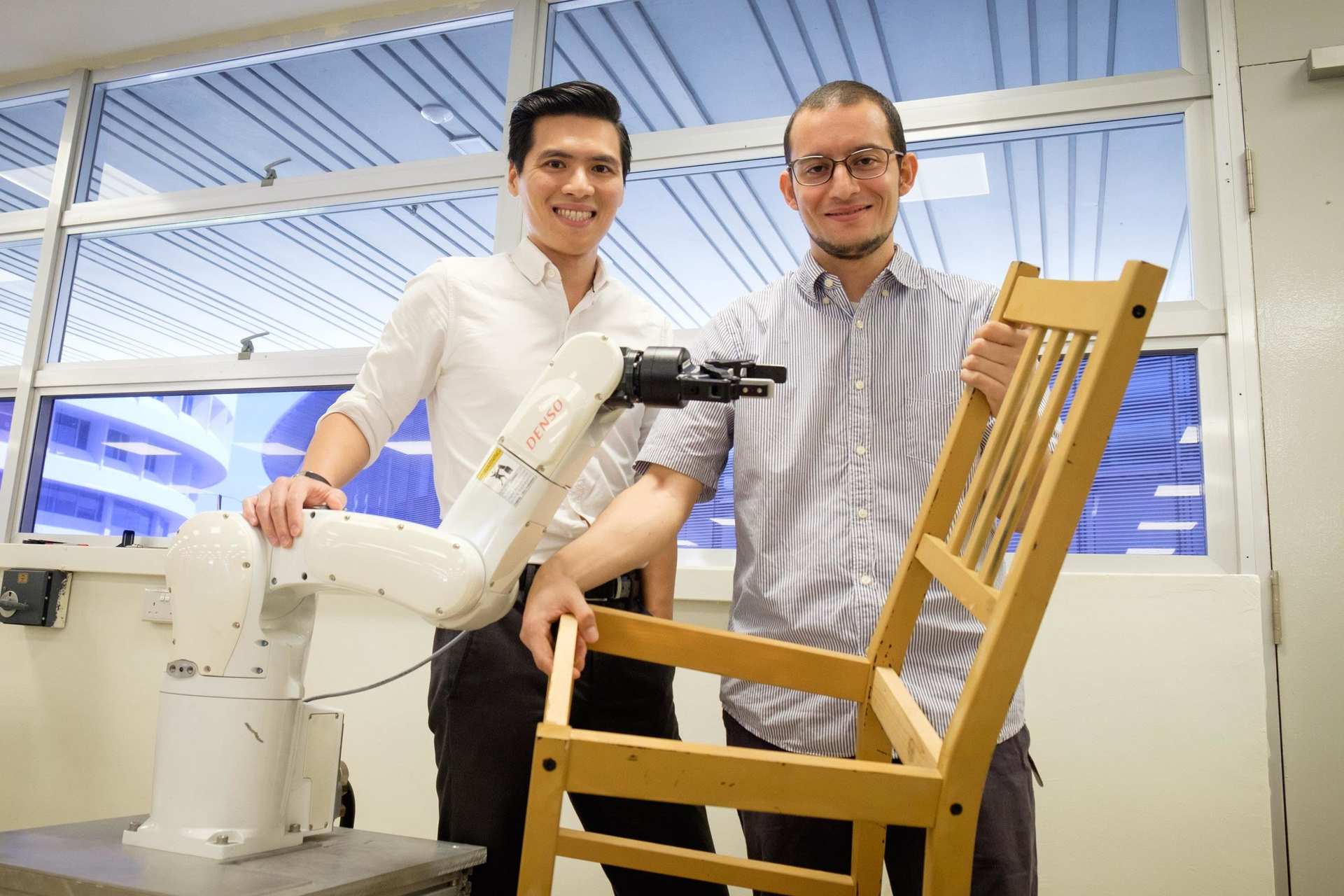 Want to test a robot? Find out how good it is at putting together Ikea furniture

It can be difficult to keep track of the progress being made in robotics, but one useful (if informal) marker is how good machines are at assembling Ikea furniture.

Why? Because putting together your average Billy bookcase involves skills that are intuitive for humans but challenging for robots. Figuring out how a number of components fit together to make a finished product is basically one big 3D puzzle involving complex movements and the manipulation of delicate items like pins and screws. For bigger pieces of furniture, you also have to coordinate multiple actors. (Although admittedly, robots find this part easier than humans.)

With that in mind, here’s your latest Ikea Robot Assembly update: they’ve got better again.

In a paper published today in Science Robotics, researchers from Nanyang Technological University in Singapore describe how they instructed a pair of industrial robot arms to put together a Stefan chair from Ikea “with no special provisions for robotic assembly.” The arms used 3D cameras to identify and track individual pieces, and force sensors to make sure they weren’t crushing anything. All in all, assembly of the chair took around 20 minutes. So, not as fast as a human, but not too shabby.

The work is a step forward from previous Ikea assembly systems, says Dr. Francisco Suárez-Ruiz, one of the researchers involved. Compared to MIT’s IkeaBot system, the furniture being assembled was more complex. And compared to work done by the same Singapore team in 2015, the assembly is more autonomous.

In both of these earlier tasks, furniture components were also tagged using reflective markers. “That way is slightly easier because it makes it easier to track the object,” Suárez-Ruiz told The Verge. “But it’s not scalable because you can’t attach [markers] to everything.” MIT’s system also used specially designed grippers for assembly, as opposed to the off-the-shelf components used by Suárez-Ruiz and his colleagues.

There’s still room for improvement, though, and this new Ikea assembly bot is not completely autonomous. The system was preprogrammed with both 3D images of the chair’s components and with assembly instructions. (The robots autonomously plan each individual motion, but not what order to make them in or where each part is supposed to go.) In the paper, the researchers suggest that future upgrades work all this information out for themselves by scanning the assembly manual.

Still, robots getting better at assembling Ikea furniture means robots are getting better at jobs that can currently only be done by humans. Obviously, how exactly systems like this get implemented into the workplace (and whether that involves job loss) is something that varies by industry and company.

“In the future, we envision that robots like this should be helping with tedious or dangerous tasks,” Suárez-Ruiz told The Verge. “There are so many industries where these skills would be useful, like logistics, or packing for e-commerce companies.” Ikea furniture is just the start.