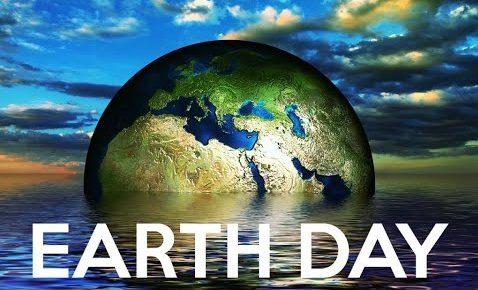 Local Non-Profits Collaborate with SNWA to Save the Clark County School District 3.6 Million Gallons of Water Each Year

Las Vegas, Nevada (April 7, 2016) – Green Our Planet (GoP), the Las-Vegas-based non-profit that has created one of the largest and fastest growing school garden programs in the United States, has partnered with the Southern Nevada Water Authority (SNWA) and the Clark County School District (CCSD) to save more than three million gallons of water per year between 13 schools by Earth Day, April 22 2016. The reductions are being achieved by expanding the existing school gardens at the 13 schools by removing water-intensive grass areas on school campuses and replacing them with less water-intensive raised vegetable gardens and trees.  The program is called “Earth Day Three Million” and was developed and spearheaded by Green Our Planet.

According to GoP’s co-founder Ciara Byrne, the idea came to her after working with Principal Katie Decker who has removed more than 32,000 square feet of grass at Walter Bracken Elementary School and received a rebate of $2.00 per square foot of grass removed from SNWA.

Byrne says, “We thought: ‘what if we take Principal Decker’s idea and see if we can get more of our schools to eliminate grass and save millions of gallons of water a year?”  Within a few months,13 schools signed up so that more than 60,000 square feet of traditionally-watered grass will be removed and replaced by drip-irrigation raised-bed vegetable gardens and/or trees as well as outdoor garden classrooms. More than 3 million gallons of water will be saved by Earth Day, April 22nd and schools will also save approximately $11,000 to $16,500 dollars a year.

“We have one of the country’s largest school districts,” said Summer Ortiz, Conservation Programs Coordinator for the SNWA. “There’s a lot of turf in our older schools. Taking out grass at each of these schools has a major impact on Southern Nevada’s water conservation efforts. The more they remove, the more our community saves.  We’re therefore excited to work with Green Our Planet and the CCSD on this project!

Principal Katie Decker, a 2012 National Magnet Principal of the Year, is not surprisingly at the forefront of this campaign. Decker has signed on to remove 30,000 from Walter Long Elementary School, which will save the school 1.5 million gallons of water a year.

“We’re excited to replace the grass with an exercise track that we hope will encourage our parents and students to exercise before and after school,” Decker said. “Exercising and learning about healthy nutrition in gardens are a great way to improve the health of our students and families.”

Other schools involved include Myrtle Tate Elementary School where 10,000 square feet of grass will be replaced with an outdoor classroom, trees and more vegetable beds saving the school 1 million gallons of water.  The principal at Tate ES, Sarah Popek comments, “the garden has helped our students become engaged in science.  In fact, once this garden expansion and outdoor classroom is built, our full-time science teacher, Amanda Mirkovich plans to teach all grade levels outside.  We are grateful to our sponsor partner Wynn Resorts for helping to make this happen.”

Green Our Planet’s numerous partner organizations, meanwhile, have become active participants in Earth Day.  “We couldn’t do this without so many organizations participating,” Byrne said. “Los Vaqueros, for example, is removing 30,000 square feet of grass at no cost, saving the schools $45,000. The Southern Nevada Water Authority is paying the schools’ rebates, which will amount to more than $100,000. The schools’ sponsors are helping by volunteering at the garden builds, companies such as Switch, Cosmopolitan, Wynn Resorts, KJS Family Foundation, Owen & Marty Carver Foundation, The Downtown Project, Pomeroy, NV State Bank, NewFields, Fruits & Roots and Caesars.  All the gardens are designed and built by Garden Farms, a local farming company. None of this could be done without everyone pitching in.”

We are celebrating the Earth Day 3 Million project at some of the participating schools on Earth Day, April 22:

– 7.45am Crestwood ES will inaugurate their new garden for Pre K and Kindergarten

– 9.15am Chefs from Wynn Resorts use veggies from garden to do chef demo at Owen Roundy

– 10am JT McWilliams ES will inaugurate their new expanded gardens