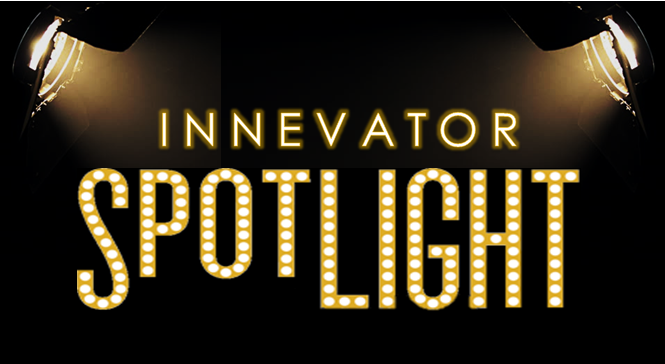 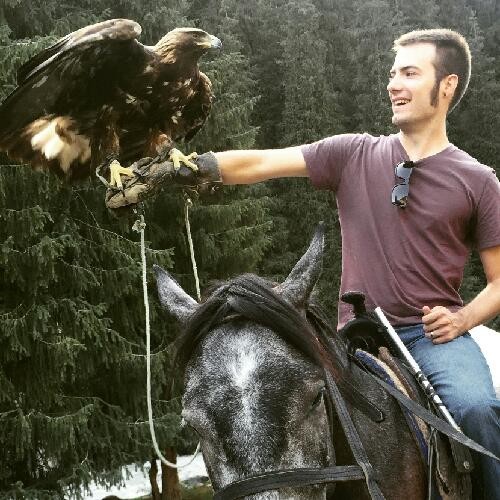 What does your company do?
SculptrVR makes creative software for 3D art creation in VR/AR. We have shipped SculptrVR on 6 VR platforms and have more on the way!

What is your role?
I have to wear a lot of hats each day. Typically we split up duties task-by-task rather than by specialty, so I could be doing anything. Right now I’m the only one working full time on SculptrVR, but before that there were still a few things that uniquely fell to me: coding the underlying voxel sculpting engine, and making and signing new funding deals.

Where did you grow up and attend school?
I grew up in Gardnerville, NV — A town that (at the time) had more cows than people. After high school, I went to UNLV on the Millennium Scholarship and completed a B.S. and MS in math in a total of 5 years. My master’s thesis was in Algebraic Geometry and was titled “Structures on a K3 Surface”. It was kind of abstract, and in the end I decided to work in a practical field.

What brought you to Rob Roy’s Innevation Center?
I’ve been to a bunch of events at the Innevation Center over the years, so when I was looking for a new workspace this summer, it was at the top of my list. Also, one of my former employees recently left to work at Switch, and he recommended the space to me.

How has technology changed your business?
SculptrVR can only exist because of new advances in technology. Before starting this business, I worked in 3D printing at Full Spectrum Laser. 3D printers are really cool, but they’re severely limited by how hard it is to generate new 3D models. I dreamed up SculptrVR as a solution to that problem, and VR/AR is the key enabling technology.

What is your favorite local spot?
I do a bit of running and biking, and the best trails are located at the Wetlands Park on the far east end of Tropicana. There are miles of running trails and  biking trails out there, and most of them follow along rivers or weave through marshland. It’s a really cool microbiome!

Phone call or text message?
I think of text as asynchronous. I use texts more often, but only when I don’t need a reply anytime soon. If I need a reply in less than a couple minutes, I prefer to call.

Who would you most like to have dinner with (dead or alive) and why?
Shigeru Miyamoto, the creator of Mario and Zelda. He created some of my favorite childhood memories, but he’s also one of the most accomplished designers and leaders in my field.

If you could time travel, would you go forward or backward?
Forward. Although I suspect I’m living in the best time period for me. I think it will be much harder in the future for single individuals to find and create novel applications of technology.

What’s the best advice you’ve ever received?
“Don’t blame me. Blame yourself.” The only thing I’m in control of is myself, so by accepting the blame as often as possible, I am able to make changes for improvement rather than waiting for someone else to make them.

#TechTalkTuesday – 5 Things to Expect at the Apple Event