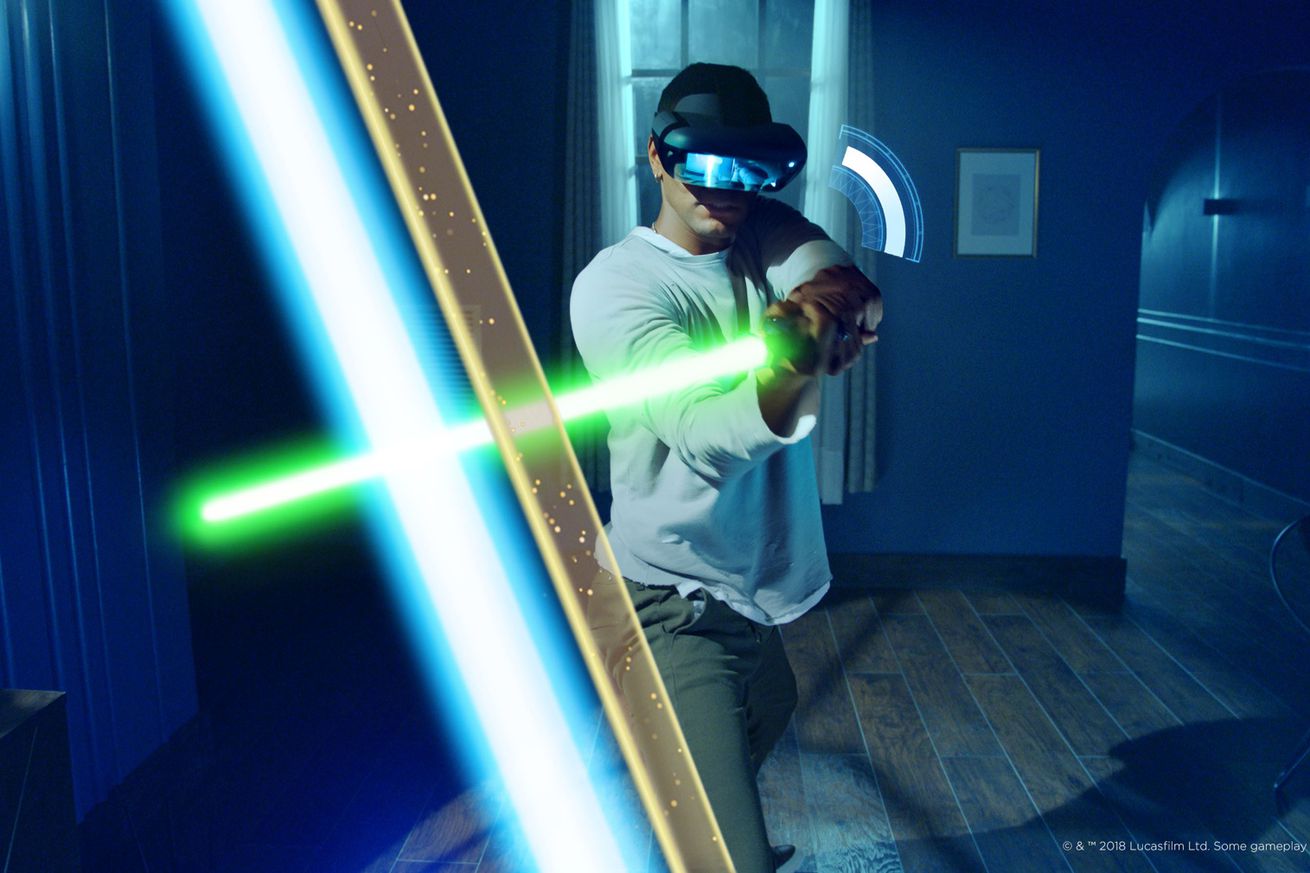 If you own one of the augmented reality lightsaber kits that Lenovo and Disney started selling last year, you can now have duels with your friends — as long as they have a kit, too. Star Wars: Jedi Challenges is getting a free update called “Lightsaber Versus Mode,” adding local multiplayer to the previously single-player game.

Versus Mode requires two of the $199 Lenovo Mirage AR systems: two phone-powered Mirage headsets; two lightsaber controllers; and two light-up tracking beacons, each set to a different color. Players stand a few feet apart, like they might in a real duel, and the headsets project a lightsaber beam over each of their controllers. The system doesn’t just let you hack away at your opponent; it procedurally generates a battle, using familiar elements from the single-player dueling mode.

In a single-player Jedi Challenges duel, the headset projects lines and arrows for blocking a blow with your lightsaber, avoiding a hit, and striking to stun your holographic opponent. (Theoretically, this represents your Jedi intuition.) You’re safe if you turn your blade at the right angle or duck at the right time; otherwise, you get hit.

The two-person duel choreographs each player’s motion, so one might be told to strike in a specific direction, while the other gets told to block that same area. You can see an example in the image above, although based on our experience with the Mirage in normal lighting, those blades will look significantly less bright and solid.

This choreography system serves two purposes: you can’t break the game by just stabbing your lightsaber at an opponent over and over, and you can fight a cool-looking battle without having to learn real fencing. Like the single-player mode, it’s a little bit abstract, but it’s a lot of fun.

Jedi Challenges has had a couple of substantial updates since it released last year. Most recently, the iOS app was updated with an ARKit version of holochess, so iPhone users could play without buying the headset. It’s not hard to imagine a two-player version of that, too — but it wouldn’t have quite the visceral thrill of a lightsaber battle.

Amazon Is Ramping Up Its (Still Rather) Secretive Home Robot Project