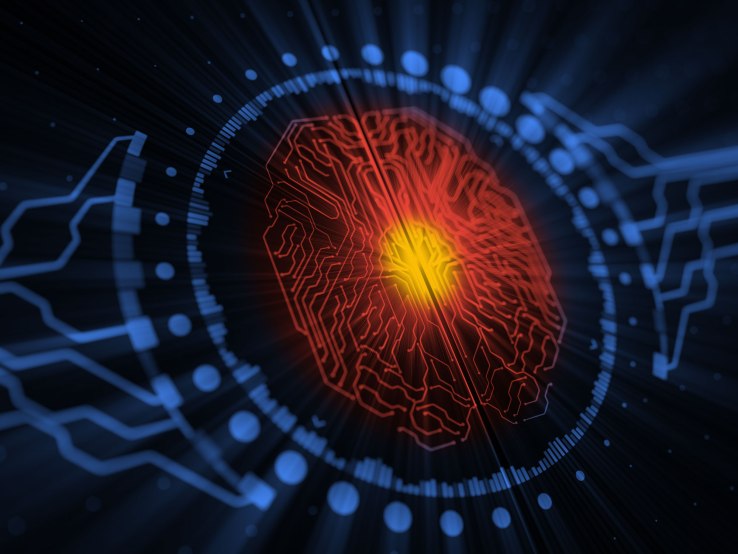 Even with the support of AI frameworks like TensorFlow or OpenAI, artificial intelligence still requires deep knowledge and understanding compared to a mainstream web developer. If you have built a working prototype, you are probably the smartest guy in the room. Congratulations, you are a member of a very exclusive club.

With Kaggle, you can even earn decent money by solving real-world projects. All in all, it is an excellent position to be in, but is it enough to build a business? You can not change market mechanics, after all. From a business perspective, AI is just another implementation for existing problems. Customers do not care about implementations, they care about results. That means you are not settled just by using AI. When the honeymoon is over, you have to deliver value. Long-term, only customers count.

And while your customers might not care about AI, VCs do. The press does. A lot. That difference in attention can create a dangerous reality distortion field for startups. But don’t be fooled: Unless you create universal multipurpose AI, there is no free lunch. Even if you are the VC’s darling, you have to go the last mile for your customers. So let’s get into the driver’s seat and look at how we can prepare for future scenarios.

AI seems to be different from other mega trends like blockchain, IoT, fintech, etc. Sure, its future is highly unpredictable. But that’s true for almost any technology. The difference is that our own value proposition as human beings seems in danger — not only other businesses. Our value as deciders and creatives is on review. That evokes an emotional response. We don’t know how to position ourselves.

There are a very limited number of basic technologies, most of which can be categorized under the umbrella term “deep learning,” that form the basis of almost every application out there: convolutional and recurrent neural networks, LSTM, auto-encoders, random forests, gradient boosting and a very few others.

AI offers many other approaches, but these core mechanisms have shown to be overwhelmingly successful lately. A majority of researchers believe that progress in AI will come from improvements of these technologies (and not from some fundamentally different approaches). Let’s call this “mainstream AI research” for that reason.

Any real-world solution consists of these core algorithms and a non-AI shell to prepare and process data (e.g. data preparation, feature engineering, world modeling). Improvements of the AI part tend to make the non-AI part unnecessary. That’s in the very nature of AI and almost its definition — making problem-specific efforts obsolete. But exactly this non-AI part is oftentimes the real value proposition of AI-driven companies. It’s their secret sauce.

Every improvement in AI makes it more likely that this competitive advantage is open-sourced and available to everyone. With disastrous consequences. Like Frederick Jelinek once said : “Every time I fire a linguist, the performance of the speech recognizer goes up.”

Machine learning basically has introduced the next phase of redundancy reduction: Code is reduced to data. Almost all model-based, probability-based and rule-based recognition technologies were washed out by the deep learning algorithms in the 2010s.

Domain expertise, feature modeling and hundreds of thousands lines of code now can be beaten with a few hundred lines of scripting (plus a decent amount of data). As mentioned above: That means that proprietary code is no longer a defensible asset when it’s in the path of the mainstream AI train.

Significant contributions are very rare. Real breakthroughs or new developments, even a new combination of the basic components, is only possible for a very limited number of researchers. This inner circle is much smaller, as you might think (it’s certainly less than 100 developers).

Why is that? Maybe it’s rooted in its core algorithm: back propagation. Nearly every neural network is trained by this method. The simplest form of back propagation can be formulated in first-semester calculus — nothing sophisticated at all (but no grade school stuff, either). In spite of this simplicity — or maybe for that very reason — in more than 50 years of an interesting and colorful history, only a few people looked behind the curtain and questioned its main architecture.

If back propagation would have had the visibility as it has today, we might be 10 years ahead now (computation power aside).

The steps from plain-vanilla neural networks of the 1970s, to recurrent networks, to LSTM of today were earthquakes for the AI space. And yet it only needs a few dozen lines of code! Generations of students and researchers went through its math, calculated gradient descents, proved its correctness. But finally, most of them nodded and by saying “just a form of optimization” they moved on. Analytical understanding is not enough. You need some form of “inventor’s intuition” to make a difference.

Because it is very rare to be on top of research, for 99.9 percent of all companies a passenger’s seat is all they can get. The core technology is provided by the industry’s major players in open-source toolsets and frameworks. To be on the latest level, proprietary approaches vanish over time. In this sense, the overwhelming majority of all AI companies are consumers of these core products and technologies.

Where are we heading?

AI (and the required data) has been compared to many things: electricity, coal, gold. It shows how eager the tech world is to find patterns or trends. That’s because this knowledge is absolutely essential for hedging your business or your investments against one simple fact. If you build your business in the path of the AI mainstream train, nothing can save you.

Because of the engine that’s already hurtling down the tracks toward business, there are a few scenarios that are important to consider.

In the first, the mainstream AI research train will get significantly slower or has already stopped. This means no more problem classes can be addressed. That means we get out of the train and have to walk the “last mile” for our customers. This would be a big chance for startups because they have the opportunity to build proprietary technology with the chance of creating a sustainable business.

The second scenario has the mainstream train rolling along at its current clip. Then it is all the more difficult to get out of the way or get off the train. At high speed, domain knowledge of individual approaches are in great danger of being “open-sourced” by the big guys. All the efforts of the past may be worthless. At present, systems like AlphaGo LINK require a very high percentage of proprietary technology apart from standard (“vanilla”) functionality offered by open-source frameworks. I would not be surprised if we see basic scripts with the same capabilities in the very near future. But the “unknown unknown” is the kind of problem class that can be solved with the next wave. Autoencoders and attention-based systems are promising candidates. No one can image which verticals can be solved by this. Probability: Possible.

The mainstream AI research train will get significantly slower or has already stopped.

In the next scenario, the train gains even more speed. Then, finally: “The singularity is near.” Books have been written about it. Billionaires have fought about it. And I will probably write another article about it. The end game here is artificial general intelligence. If we achieve this, all bets are off.

Finally, there’s the  black swan scenario. Someone in a garage discovers the next generation of algorithms away from the mainstream. If this lone rider can use it for themselves we might see the first self-made trillionaire. But where would this come from? I doubt that this could be done out of the blue. It may be a combination of mainstream techniques and abandoned model-based algorithms. In the 2010s, the rise of neural networks and some once-promising approaches (symbolic approaches, etc.) lost parts of their research base. The current run on AI also revives other, related research fields. It’s becoming difficult to find an “unpopular” technique or algorithm that isn’t already swarming with researchers. Nevertheless, there might be an outsider who finds or revives an approach that changes the game.

Let’s put all of this together and finally ask the million-dollar question. The answer depends not only on the scenarios above, but foremost on who you are. A business’ starting position is a crucial factor in this equation, as its resources and existing assets are key to the strategies they’re deploying.

In the AI champions league are a few companies that have deep pockets and can attract critical talent. Because this is a rather “endothermic” process right now, you need other sources of income. That limits the players to the well-known Google, Facebook, Microsoft, IBM club. They built huge proprietary systems apart from the status quo, open-source stacks to arrive at new problem classes. A certain amount of time later you will then put this into the next generation of open-source frameworks to build a vivid community.

These players also have existing platforms that lend themselves to train better algorithms. AI might be a megatrend, but its application for and by companies in the daily businesses they’ve built is also critical to their success. These platforms: Amazon, Facebook, Google Apps, Netflix and even Quora use AI to defend and strengthen their core business model. They find ways to better serve their customers by AI, but they are aware to keep their core business distinct from the work they’re doing with artificial intelligence (at least publicly).

Some emerging platforms have found ways to adopt this strategy for their own toolsets. These companies found a claim that AI only made possible or monetizable in the first place.

Then there are the tool makers. As Mark Twain suggested — let others dig the gold and stand at the sideline to sell them the shovels. That worked in the past, it might work here as well. Providing data, hosting contests, trading talents, educating people. The blueprint for that has been to find something that every AI aspirant needs (or wants), then charge for it.

Udemy teaches AI courses, and Kaggle initiates AI competitions to help other companies and let data scientists build their skills. Neither need to build a core competency in AI. Companies also need petabytes of data to be successful. Most of them use supervised learning, so there has to be someone who supervises this.

Finally there  are the companies that have found their niche in AI consulting. Because even on the shoulders of the giants’ open-source frameworks there is still a lot of work to do to.

Companies like Element AI were able to put parts of that extra work into a product and make it into a service. Indeed, the recent investment of $102 million makes sure that they have the deep pockets needed to succeed.

There are other companies that are waiting in the wings, those companies that have a targeted artificial intelligence solution that they’re touting to replace an existing business process. However, these companies face challenges on two fronts. Open-source projects could be developed to solve the same problem and the existing vendors are investing heavily in more automated solutions to solve the same problems.

The most important factor in the industry is the speed of the mainstream AI research, which happens amongst a very small group of researchers. With little delay, their results are open-sourced in frameworks developed by the AI champion players. The rest of us are either passengers on the artificial intelligence train or obstacles in its path. Ultimately, positioning is everything and the companies that determine their place with the above context in mind, can still reach their desired destination.