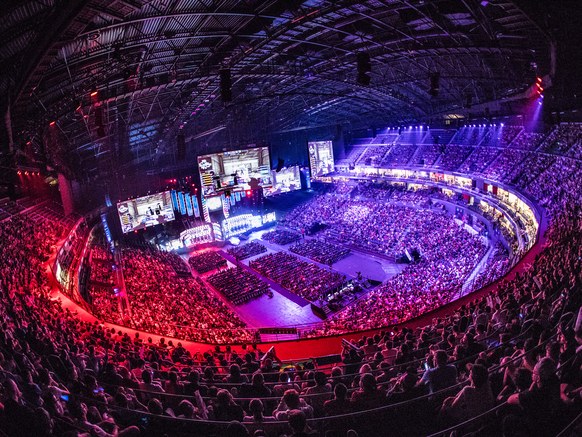 Esports giant ESL announced an agreement to bring two of its top competitions—the CS:GO Pro League Counter-Strike: Global Offensive competition (with WESA, the World Esports Association) and the ESL One Dota 2 and CS:GO circuit—exclusively to Facebook.

The competitions will be streamed exclusively via Facebook Live in English and Portuguese, and ESL said other languages are available but not exclusive to Facebook. The content will be available in 1080p resolution at 60 frames per second, and it can be viewed via virtual reality.

ESL said Facebook plans to roll out multiple options for viewing competitions in VR, starting with an immersive, big screen viewing experience for its Facebook 360 App for Gear VR.

Season No. 7 of the CS:GO Pro League will begin Feb. 13, and the deal covers four season, running through December 2019.

The ESL One portion of the pact kicks off with ESL One Genting 2018 Jan. 23 through 28, and ESL said it will also broadcast a live five-minute weekly show for the Dota community on Facebook Watch.

The esports company will also tap into Facebook’s cross-posting feature to post videos to participating team and player pages, boost engagement and see aggregated insights for those videos. This isn’t ESL’s first rodeo with Facebook: The two parties announced an agreement last May to bring more than 5,500 hours of livestreamed content to Facebook Live, in six languages: English, French, Spanish, Portuguese, Polish and German.

That pact covered all ESL One and Intel Extreme Masters events, along with Rank S competitions, an “elite ladder” for the CS:GO community, and an exclusive weekly 30-minute CS:GO show featuring top players, rising talent and highlights.

ESL senior vice president of global media rights and distribution Nik Adams said that when the esports company first started livestreaming on Facebook two years ago, it reached about 700,000 people every month, and that figure has skyrocketed to more than 25 million.

He added that the Facebook-exclusive livestreams will help lower the barrier to entry and boost discovery of esports in general and the CS:GO Pro League and ESL One in particular, saying, “Since our community is growing on Facebook and it enhanced its technology to stream in VR, it made sense to broaden our content offering to this community.”

ESL announced an agreement with Twitter last March to livestream events in the ESL One and Intel Extreme Masters circuits, and that pact also included a weekly 30-minute show featuring highlights and behind-the-scenes footage.

The esports company and Twitter teamed up again last October, enabling fans following the ESL One Hamburg event to vote for the most valuable player via Twitter direct messages.

ESL also has a channel on Twitch as part of a two-year livestreaming pact that was announced in March 2016, and it has reached livestreaming deals over the past two years with platforms including YouTube, Hulu, Yahoo Esports, Azubu and Hitbox.

Adams said, “We will continue to work with our partners such as Twitch, YouTube, Twitter and others in 2018.”

While last week’s ESL pact marks a significant addition to Facebook’s esports profile, other platforms are far from hurting for content:

BAMTech, the streaming company owned by Major League Baseball and Disney, reached an agreement with Riot Games for the rights to League of Legends tournaments, which it streams on its own applications for smartphones, PCs and other devices, as well as via platforms such as Twitch and YouTube.

Activision Blizzard acquired Major League Gaming and its MLG.tv livestreaming technology platform in January 2016, and the game developer also reached an agreement with Twitch later that year covering more than 20 live competitions for games including Overwatch, Hearthstone, StarCraft and World of Warcraft.

Call of Duty World League is livestreamed on MLG.tv.

Concurrent with Facebook’s announcement of its agreement with ESL last May, the social network also inked a pact with Dreamhack, which reached a comprehensive livestreaming pact with Twitter two months prior.