#TechTalkTuesday: This Week In Tech, 20 Years Ago

By Innevation Center 2 years ago
Home  /  Blog  /  #TechTalkTuesday: This Week In Tech, 20 Years Ago 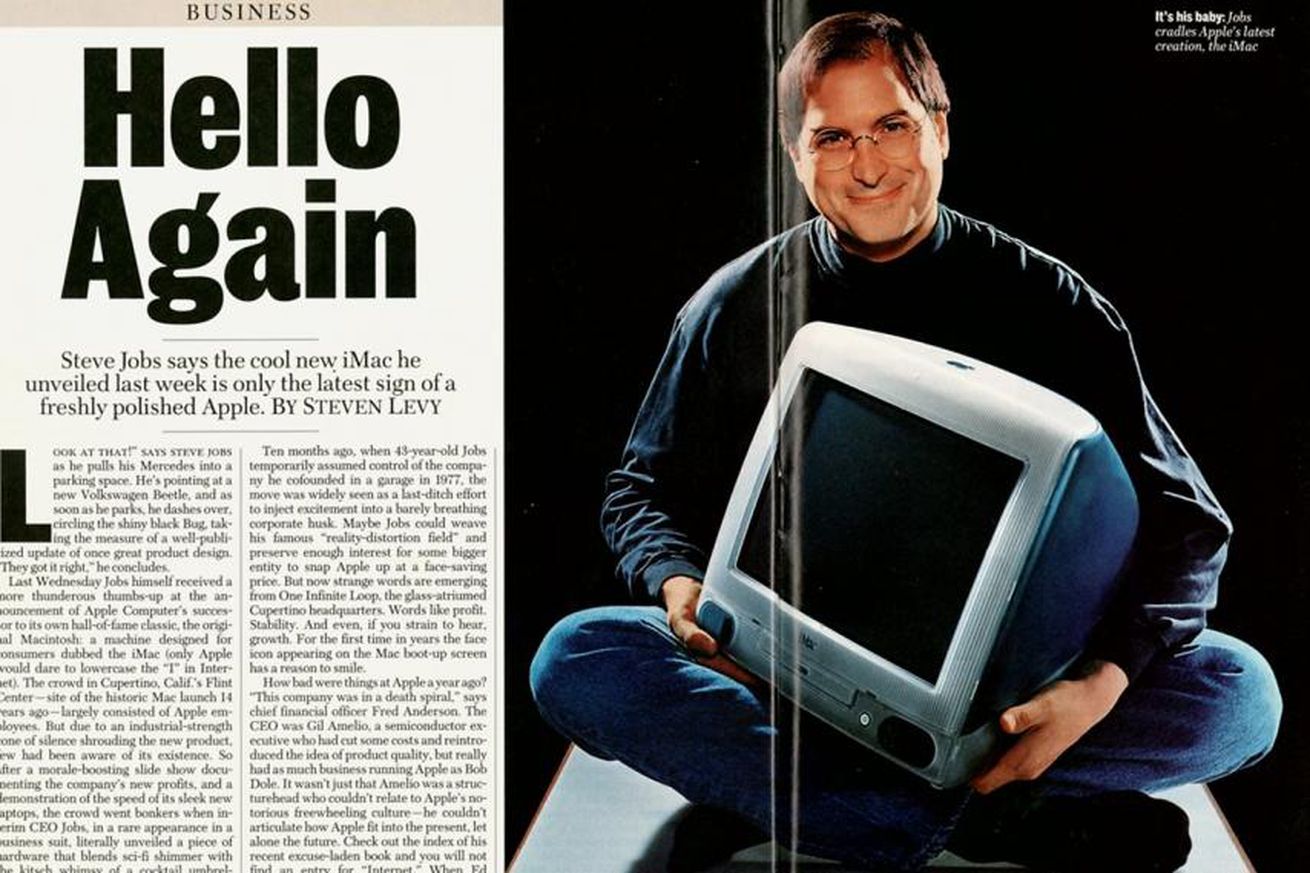 Here are five stories — big and small — that science and tech enthusiasts might have checked out during the week before May 12th, 1998.

If you follow tech news, you might already know that Apple’s colorful original iMac turned 20 years old last weekend. You can find some modern perspectives on it in a Twitter moment, an Engadget retrospective, and a story from MacWorld about its original 1998 iMac feature.

Back in May of 1998, you’d have found a lot of praise for the iMac’s design, although people were more cautious about predicting sales numbers. “It demands to be noticed, sporting a fresh, ultramodern design that is at the same time very familiar,” wrote Andrew Gore and Anita Epler at MacWorld. It’s “not only the coolest-looking computer introduced in years, but a chest-thumping statement that Silicon Valley’s original dream company is no longer somnambulant,” said Steven Levy in Newsweek. Charles Piller at the Los Angeles Timeswasn’t a fan of the look. But “the iMac is so different from the norm that people will pay attention,” he admitted. “It’s classic Steve Jobs — a gamble. But it looks like a good bet to me.”

Last month, I mentioned that a fake hacker hoodwinked several journalists in the late ‘90s, including Forbes editor Adam L. Penenberg. But in May of 1998, Penenberg also helped expose one of tech journalism’s weirdest hoaxes: a colorful and almost completely invented The New Republic story called “Hack Heaven.”

For one short article, wunderkind journalist Stephen Glass had created a fake teenage hacker dubbed the “Big Bad Bionic Boy;” a fake hacker convention in Bethesda, Maryland; and a fake electronics corporation called Jukt Micronics with a fake executive played by Glass’ brother. Glass turned out to be a prolific fabulist who’d inserted fake details in dozens of pieces — a Vanity Fair article about his deception was turned into the 2003 film Shattered Glass. And he’d been undone by reporters plugging the name “Jukt Micronics” into a search engine.

Two decades ago, AT&T took a significant step toward making people’s cellphones their only phones. It announced a flat-rate mobile phone plan called Digital One Rate that could “replace car phones, second lines, and even your home [telephone] set.” For $89 a month, you could get 600 minutes of talk-time that let you make long-distance calls from anywhere in the country — or you could splurge for a $149 plan with 1,400 minutes.

The plan was supposed to help AT&T compete against the regional Baby Bells created during its breakup in 1984, as well as with Sprint, which was building out its wireless network. Tech journalist (and former Verge columnist) Walt Mossberg said the service didn’t work as well as he’d hoped — its popularity had overloaded the network, he wrote, and it had a “maddening” number of dead spots. AT&T described it as a success regardless, and it’s still remembered as a key moment for American mobile phone networks.

“The life of a spammer is no bowl of cybercherries.” This the delightful opening of The New York Times’ May 7th article on junk email purveyors and their enemies, written shortly after the temporary retirement of “Spam King” Sanford Wallace. (Wallace would return to the spam world several times, earning a 30-month jail sentence for Facebook spamming in 2016.) Spam fighters talk about “days and months of human suffering” spent reading unwanted emails. Spammers call their enemies “nothing short of terrorists” for trying to drive them offline. Somebody gets dog feces in their mailbox.

The article offers a window into the period before spam was simply a fact of internet life — the Times describes junk email as more invasive than unwanted snail mail. And it discusses the kind of free speech questions that are now being raised around online threats and content moderation. Spammers were relatively free to ply their trade at that point, but the CAN-SPAM Act of 2003 did lead to some legal consequences down the road — although CAN-SPAM has still been called overly lax and ineffectual.

In 1998, webmaster Jason Salisbury discovered a security flaw in web portal My Excite: he could view a random user’s personal landing page from a link in his server logs. My Excite offered users bookmarkable URLs to bypass login screens, but if they visited another site, it could expose the URL to anybody. The victim here was a random Apple employee interested in Salisbury’s entertainment company Argus IG — known for freeware games like Ebola Monkey Bingo, and also for spamming Usenet so badly that Salisbury’s ISP kicked him off the internet.