The Best Gifts for your Gadget-Geared Graduate 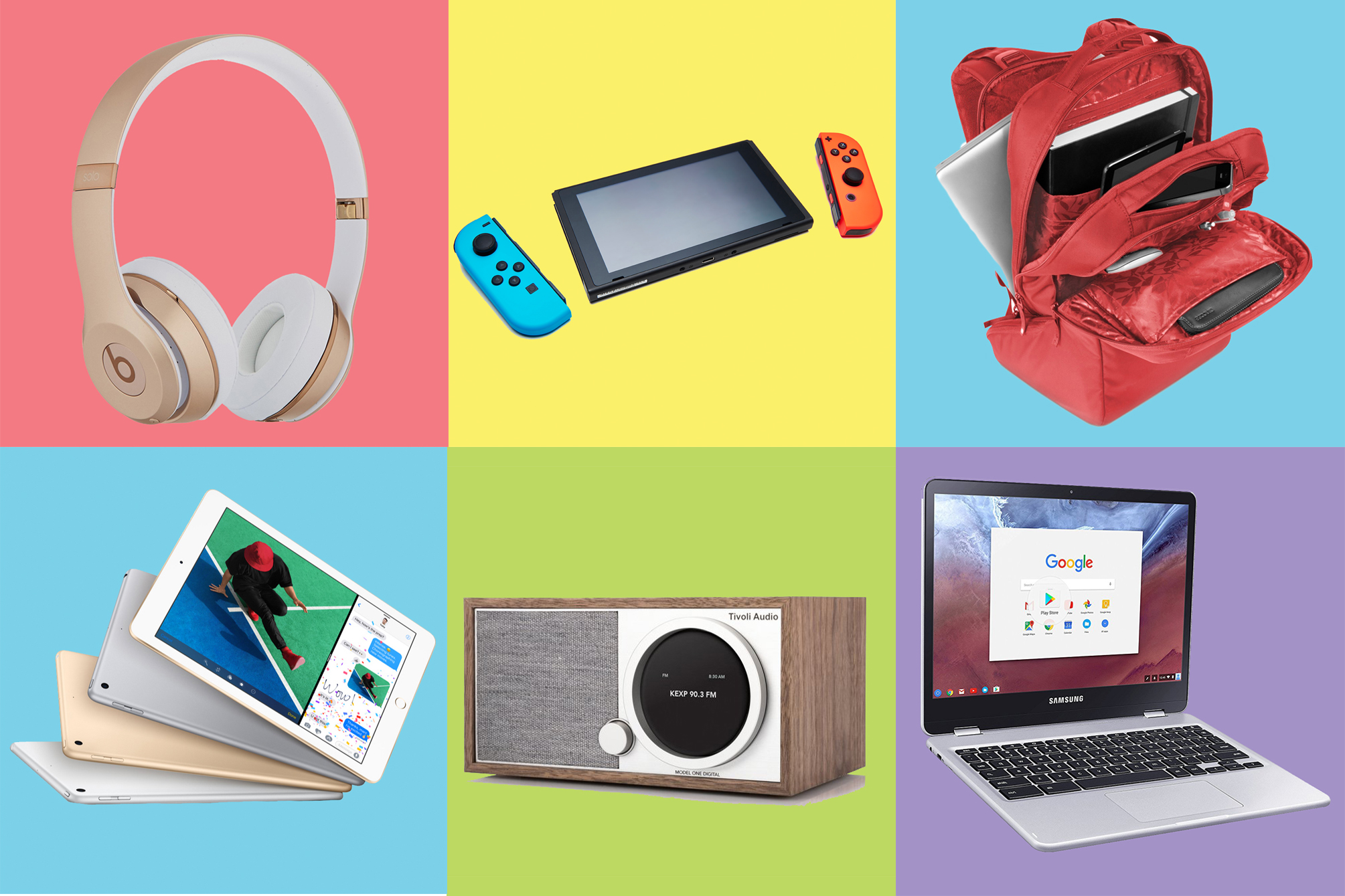 Whether they’re just finishing high school and gearing up for college, or wrapping up a long sought-after Ph.D, the students in your life deserve some celebrating. And while cold, hard cash is often the graduation gift of choice, if you want to be certain your present isn’t blown in a post-finals bender, you’re advised to give something that requires wrapping paper.

These 10 tech-centric presents are great for students past, present, and future, not only because they keep them connected, concentrating, and curious, but because they’re fun, too.

Sure, you could get your grad their third copy of Oh, The Places You’ll Go!, or you could acknowledge the fact that some of those places are kind of dangerous. The Wearsafe tag, a $30 button that connects via Bluetooth to the wearer’s smartphone, is a whip-smart way to hit an actual panic button in case of emergency.

One of several great personal safety products, Wearsafe will alert your friends of your location, and even send audio of what’s been going on around you right before and after the button got pushed, so they can call 911 for you. Take note: the service requires a $60 per year subscription.

It doesn’t take a degree in political science (or chemistry) to know that the future is all about power. Anker’s PowerCore+ is a beefy power bank that’s able to charge up whatever you carry around, from your smartphone and tablet to your laptop.

Compatible with the new USB-C connectors as well as the old standby USB plugs, the $65 20,100mAh battery has enough juice to recharge a smartphone seven times. And its quick-charging capabilities means it will load up 20% faster than other power banks. Perfect for slipping in a backpack or work bag, it’ll free college students and entry-level workers from the tether of an electrical outlet all day long.

College students suddenly free from curfews and parents will relish in doing their homework anywhere they please – as long as there’s an Internet connection. Freeing them from the Wi-Fi networks at coffee shops and libraries, portable Internet hotspots like the $99 Karma Go connect computers and tablets to cellular data networks, so students can work pretty much anywhere.

Karma offers pay-as-you-go and monthly subscription plans that are cheaper than what the major cell phone providers offer. And its service runs on LTE speeds, so it’s every bit as fast as your smartphone. Karma owners who open up their hotspots so others can use them get credits on their account that can be used for more gigabytes later.

The saddest thing about graduating is saying goodbye to the friends you just shared the last few years with. But in the social media era, no one ever really says goodbye.

Snap’s $129 Spectacles are a great way for students to share their post-grad experiences with their friends, wherever the roads of life take them. A pair of sunglasses with an integrated camera that uploads to the Snapchat social network, Spectacles might look a little goofy, but that’s sort of the point. The videos they make are ephemeral, disappearing within a day of their posting to the web. (Users can choose to save them permanently, however.)

The digital revolution might have winnowed out textbooks from college students’ daily hauls, but a quality backpack is still vital for university life.

Designed with electronic gear in mind, the $199 Incase Icon Backpack sports a large primary pocket for laptops, tablets, and other bulky items, all separated by individual, felt-lined sleeves. A secondary pocket helps wrangle the smaller stuff, like power cords, pens, and other accessories. But the Icon’s most convenient feature is the hip side pocket, which has a cable pass-through to the main compartment. That makes it perfect for stowing your phone while connecting it to a battery for charging when not in use.

Beats headphones have long held a conflicting reputation: The company is the brand of choice for many young shoppers, but audiophiles argue their sound doesn’t live up to the hype.

But with a good audio signature that gets the bass bumping while also hitting the high notes, the Bluetooth-connected Beats Solo3 wireless headphones should settle that argument and make everyone happy. And since headphones are a must for blocking out noisy roommates, coffee house chatter, or annoying coworkers, these $299 wireless wonders are a can’t-miss gift for graduates of any age.

This might seem counter-intuitive, but if you want to give a high school graduate something to help them do well in college, make it the new Nintendo Switch. The latest gaming system from the makers of Super Mario, the $299 console not only plugs into a TV for dorm-room fun, but it also converts into a mobile device so students can unplug with Zelda breaks in-between all that studying.

But the biggest reason to give a Switch is the system’s 1-2-Switch game, which makes players do the silliest things, like pretend to milk a cow or strut their stuff on a catwalk, in the pursuit of victory. That kind of multiplayer gaming can help your incoming freshman make new friends fast — and college friendships can last a lifetime.

Sentimental types who want their presents to last might have trouble gifting gadgets, which sometimes seem obsolete just months later. But with a timeless design and lots of great tech, the Tivoli Audio Model One Digital is a device that should last longer than the next refresh cycle.

A Wi-Fi and Bluetooth-packing speaker, the $299 Model One can connect to an array of music services, from the massively popular Spotify streaming service to the incredibly useful TuneIn, which connects listeners to radio stations around the world. And it has this other radio band called FM — a free, over-the-air way to get local stations that your graduates probably heard about in history class. A single Model One looks great on a bedside table or countertop, but able to pair with other Tivoli speakers, it’s also a great way to start a whole-home audio system that’s perfect for parties.

The most affordable 9.7-inch tablet that Apple has ever released, the new $329 iPad (that’s it — no “Air,” “Mini,” or “Pro”) may seem like a simple refresh of a touchscreen favorite, but it’s more than that. It is, in part, an effort by Apple to maintain its education dominance.

With 32GB of storage, the latest iPad has a good amount of space for the price. It also packs the company’s A9 chip, making it faster than the tablets it replaced. That speed comes at a cost — it’s slightly heavier, but you probably won’t notice the difference. The big selling point for students past and future are the 1 million iPad-specific apps out there, some of which encompass entire bookshelves of coursework. So it’s a pretty smart present to give any grad.

So if Apple has been ceding ground in education, who’s been gaining? Google — specifically through its low-cost Chrome OS computers.

Perhaps the nicest tablet-to-laptop convertible running Chrome, the $449 Samsung Chromebook Plus offers the utility of a keyboard-equipped notebook with the convenience of a touchscreen tablet. Able to run Android apps in addition to the full-powered Chrome browser, the Chromebook Plus also comes with a stylus tucked away into its frame for easy annotating on the fly. Pairing one of these machines with the plentiful cloud-based software solutions out there makes this a great, lower-cost choice for a college computer.